Travis Translator vs Google Translate – Which is Better?

Travis Translator vs Google Translate – Which is Better?

Why pay nearly 200 bucks if Google can translate for you for free? That’s probably the most popular concern of the public in the market of translators. Fair enough – with so many products and services available online for no charge, so what is it that we are willing to pay for? To find it out, let’s compare Travis Touch Plus and Google Translate in fine detail.

Launched in 2017, Travis is a pocket-sized translation device designed for multilingual communication in 105 languages. While being a young startup with a small international team, Travis assists travel enthusiasts, businesses, and public service institutions in over 100 countries around the world. Travis gained the audience’s interest from early on – its Indiegogo crowdfunding campaign reached 1.7M dollars and a year later, in 2018, the startup won the Sprout Startup of the Year prize. Travis has donated several hundred devices for aid organizations and supported the operations of the Travis Foundation, aimed at digitalization of lesser resourced languages.

Google Translate was introduced to the tech giant’s Google product umbrella in 2006. It is an online translation service which offers text, speech, image, document, handwrite, website and Mobile App translations. Though it can’t be called a universal translator yet, Google Translate’s translation service supports 103 languages and is free of charge. Google has not launched any Google Translate portable device as of yet, and solely requires your computer or phone to do the heavy work, which can be quite detrimental to your phone battery or your phone safety (you wouldn’t want to hand over your new phone to a total stranger when asking for directions in a foreign country for example). Since the launch, Google Translate had several engine updates, the most recent one including the deep learning technology which allows the software to “learn” while it is in use. The latest technological developments increased the translation accuracy by shifting from the basic word-to-word translations to phrases and sentences being translated as a whole. Now translations are configured directly from one language to another rather than English being used as an intermediate language. For high-quality speech translations, well-designed hardware is a necessity. First, because of its technical specifications. Travis as a device outperforms a mobile phone with its dual noise-canceling microphone, 12-hour battery life, user-friendly interface, and the main selection button for translating and enabling voice commands. When outdoors or in a noisy environment, Travis is able to capture what is spoken due to its sensitive microphone. Moreover, the device allows you to hold an eye-to-eye conversation, minimizing the technological interruption between speakers. With the main selection button and voice commands, the conversation becomes more natural and the discomfort of the real-life translating is reduced. Secondly, the translation device provides higher data security. No need to handle-over your mobile phone to a stranger with sensitive information in it nor to connect it to unsecured Wi-Fi in order to translate. Travis can be connected to the Internet via Wi-Fi or 4G with its SIM card slot. Check out our definitive guide to using your smart translator online & offline for more info on that.

Due to the differences in characteristics, Travis and Google Translate each have their own advantages for different occasions. Travis with its optimized design for the outdoor active translations avails the most when traveling, being face to face with another person, using public services or learning a new language and practicing pronunciation. The device is widely used within companies where multilingual communication is present whether it is a colleague-to-colleague or staff-to-customer conversation. Google Translate is rather suitable for indoor translations where the phone or computer is available at hand. It is well-adapted for passive translating which includes translating documents, websites, emails or handwritten texts. When there is no human interaction, Google Translate serves as a handy tool with its ability to take in-app pictures or be installed as a plug-in to your web browser. Be sure to read our 6 tips to get the best out of your new pocket translator to fully understand why you should invest in a premium pocket translator for your travel or business needs.

So Why Pay 200 Bucks if Google Can Translate For You For Free?

Translation by default is unnatural to our casual conversation mode – someone or something is in-between us, the two speakers. In such a case, the technology has to be of the highest quality and performance, specifically adapted to be used anywhere and at any time. When traveling, meeting a business partner from abroad or visiting a hospital in a foreign country, the last thing you want is inaccurate translations, a stolen phone, leaked personal data or a dead phone battery. Accordingly, you pay for your own ease in international situations which already often require stepping out of the comfort zone. For this reason, let technology assist you in the most elegant way.

Before you go, why not check out our latest article about what to look for when buying a language translation device? 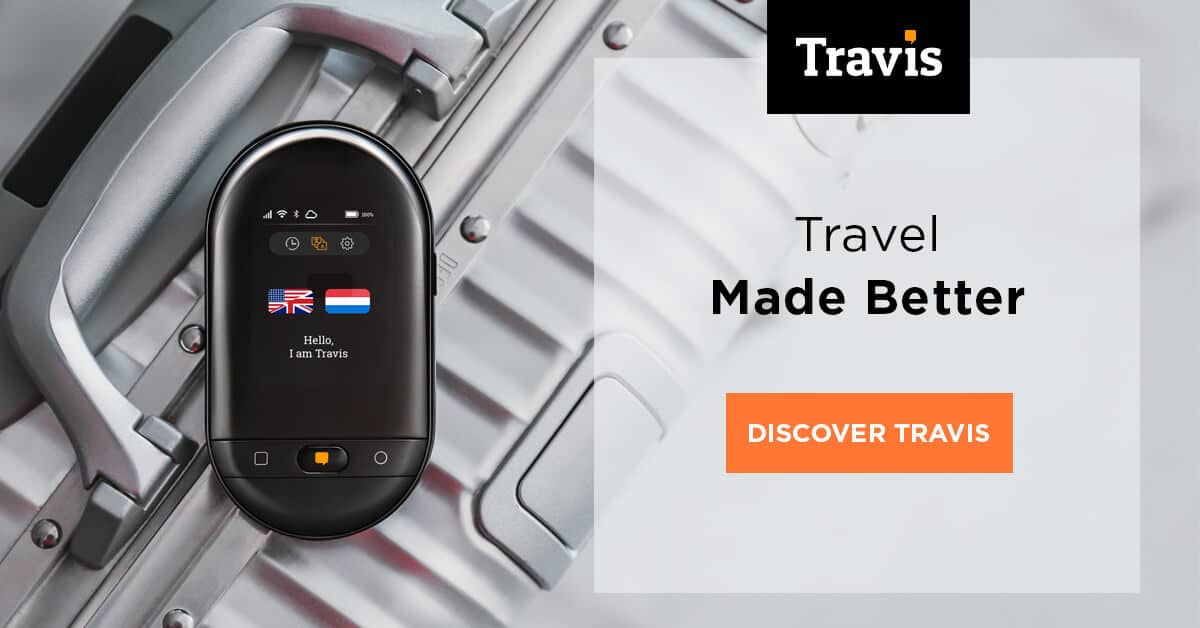